Remembering and honoring those we’ve lost this weekend. Have a great Memorial Day!

#NationalPhotographyMonth continues! Here’s a neat photo of students Bunt Schrimscher and Pixie Mayes during carnival day at the Cherokee Female Seminary, Tahlequah, I.T. This was taken about 1900 by their fellow student and #Cherokee photographer Jennie Ross Cobb. Would you like to try a fun activity with your kids? #NationalGeographic has instructions here on how to make a pinhole camera: https://loom.ly/OAgd3Tk These were the forerunners of the type of camera used by Cobb and her contemporaries. 📸

Looking for some new reading material? We have just what you need. Our Heritage of the Hills book will give you a full history of the area and is a joy to read. PLUS you can get it online! Where do you think we get all of our great throwback Thursday material? Click Here to Order: https://dchsmuseumok.com/gift-shop

Don’t forget to grab your copy of Heritage of the Hills! It’s the perfect way to learn some local history!

#didyouknow that 2020 marks the 80th anniversary of the Pensacola Dam? GRDA is putting out stories about the dam all year and Grand Lake Living has them all here: https://grandlakeliving.com/grda-power-for-progress/pensacola-dam-celebrating-80-in-2020/ #grandlake #grandlakeliving #northeastoklahoma #oklahoma #lakelife

#thisdayinhistory On April 19, 1995, at 9:02 a.m. a 4,800-pound ammonium nitrate–fuel oil bomb exploded in a Ryder truck parked at the north entrance of the Alfred P. Murrah Federal Building in downtown Oklahoma City, killing 168 people and injuring approximately 850. At the time, the bombing was the nation’s worst single act of domestic terrorism. The governor’s office reported that 30 children were orphaned, 219 children lost at least one parent, 462 people were left homeless, and 7,000 people lost their workplace. The City of Oklahoma City’s Final Report estimated property damage to more than 300 buildings in a 48-square-block area. Learn more at bit.ly/4-19-1995. Today, #weremember those who were killed, those who survived, and those changed forever by the tragedy on April 19, 1995. Photo by Jim Argo (2012.201.B0959.0179, Oklahoma Publishing Company Photography Collection, OHS) #okhistory #25YearsAgo #dayofremembrance post credit: @okhistory

From all of us at the museum, Happy Easter to you and your family! How are you spending the day? Let us know in the comments. #happy #easter #easterday #easter2020

On this day in history, the United States officially entered WWI despite Woodrow Wilson's original pledge to remain neutral in 1914. Read all about it on the History Channel's link! #history #WWI #woodrowwilson #historychannel https://www.history.com/this-day-in-history/america-enters-world-war-i 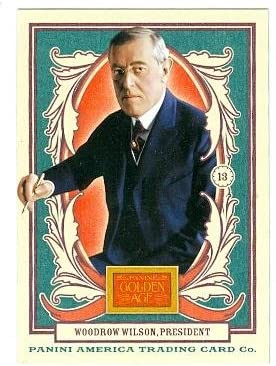 #MuseumAfterDark Seems like as good of a time as any to bring this back. It’s true. The museum comes to life when we’re not there. Someone should make a movie about it... https://t.co/Y3Kj8ZCSpN

Quotes from Oklahoma's Own: 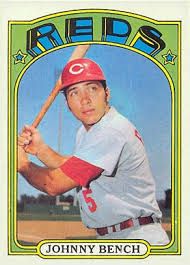 The Pandemic is like a slump. As Johnny Bench would say, "Slumps are like a soft bed, they're are easy to get into and hard to get out of."

Johnny Bench was born in Oklahoma City, Oklahoma. He was one of the greatest baseball catchers of all time.

A 14 time All Star, a 2 time World Series Champion, a World Series MVP, 2 times NL MVP, National League Rookie of the Year, National Member of the Baseball Hall of Fame are just some of his achievements.